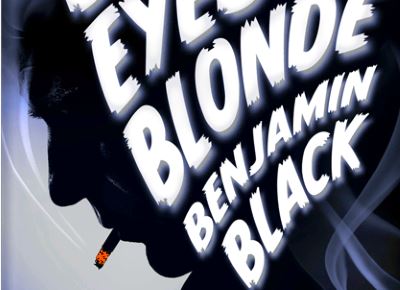 Variety has revealed that Liam Neeson is to play Philip Marlowe in the screen adaptation of The Black-Eyed Blonde. John Banville's novel - writing as Benjamin Black - is based on the iconic private eye character originally created by  Raymond Chandler.

Leading screenwriter William Monahan (The Departed), who is providing the script, told Variety: "It’s hard to tell who has the more of a lion’s heart and soul, Philip Marlowe or Liam Neeson. I hope I’ve done the both of them and a picture I could not anticipate more some service."

Early 1950s, California - On the mean streets of Bay City, Marlowe is as restless and lonely as ever, and business is a little slow. Then a new client is shown in: blond, beautiful, and expensively dressed, she wants Marlowe to find her former lover. Almost immediately, Marlowe discovers that the man's disappearance is merely the first in a series of bewildering events, and soon he is tangling with one of Bay City's richest and most ruthless families.

The film has received a €38,150 commitment in Fiction Development Loans from the Irish Film Board.

Read an opening extract from the Benjamin Black novel.