'Line of Duty' back on the streets of Belfast 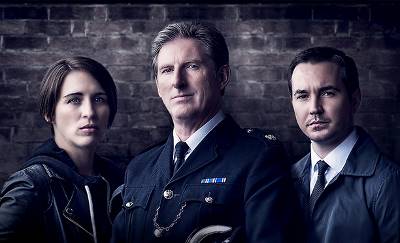 Filming is well under way in Belfast for the fourth season of Line of Duty.  Such is the success of the gritty police series that it will be moving from BBC 2 to BBC 1.

The station has commissioned two more seasons, after the third one averaged more than 5 million viewers per episode, making it BBC 2’s biggest drama since modern ratings methodology was introduced in 2002.

Speaking about the role, Newton says: "I watched the last three seasons with breathless admiration for its creators, both behind and in front of the camera. I couldn't be more thrilled to be joining them now."


Produced by Cait Collins, the executive producers are the show's creator Jed Mercurio and Simon Heath for World Productions, and Stephen Wright for BBC Northern Ireland.

Last August the BBC announced that it has commissioned a brand new six-part police drama series from the same team. Created and written by Mercurio and produced by World Productions, Bodyguard will be a contemporary thriller featuring the Royalty and Specialist Protection Branch (RaSP) of the London Met.