BOTM: 'The Trespasser' by Tana French

Filed under: Book of the Month., Murder mystery, Police procedurals 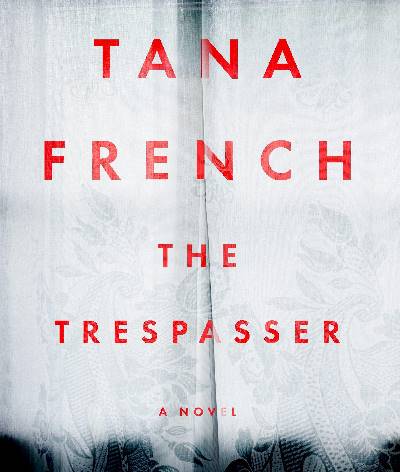 Our October Book of the Month: The Trespasser.

The central character: this sixth book in the series shifts the focus to maverick detective Antoinette Conway, the only female and mixed-race member of the Dublin Murder Squad. Her likeable sidekick Steve Moran also returns from earlier in the series.

The plot: a murder mystery.

Near the end of a long night shift, Antoinette is given her first and quite possibly last big case. She and partner Steve must solve it despite their poisonous workplace, with its thankless cases and cruel pranks by other members of the squad.

This new case looks open and shut, a lovers’ tiff gone wrong. Pretty young woman Aislinn Murray lies dead in her living room in Stoneybatter, next to a table set for a romantic dinner. She may have been punched before or after she fell and cracked her head. But Antoinette is sure she has seen her somewhere before.

Why we liked: Antoinette Conway is an unlikeable yet fascinating character. She is raging, insecure and paranoid, but who wouldn't be if they were trying to survive in a murder squad that is so warped, dysfunctional and misogynistic that in real life should have been scrapped by now? She has plenty of demons, such as the shadowy figures lurking at the bottom of her road.

Anything we didn't like? Despite some sharp dialogue and interrogation scenes that could make for great TV, the book is longwinded and overwritten, and lacks the magic of the first ones in the series.