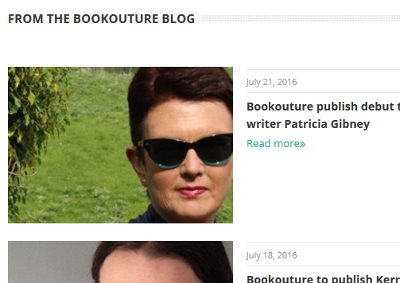 Patricia Gibney has been signed by Bookouture in a four-book deal. The Mullingar writer's debut novel, the crime thriller Remember Me, is due to be published in April 2017.

It will be followed three months later by book two in the series featuring her DI Lottie Parker character.

Gibney worked from 1980 to 2010 as an Administrative Officer in Westmeath County Council. She is also an artist and illustrator, and in 2011 self-published a children's picturebook, Spring Sprong Sally in her Spring Sprong World.

She also writes short stories, and in 2015 took the first prize in the short story category of the Annual Jonathan Swift Creative Writing Awards.