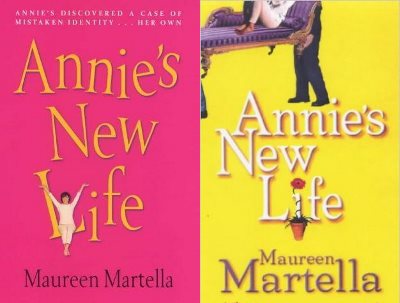 When 30-year-old Annie McHugh's parents die, she discovers that they forged her birth certificate. She hires handsome private detective Gerry Dunning, who runs his own private agency, to trace her birth mother.

When Annie goes to confront the woman in her posh Dublin mansion she is mistaken for a job applicant and ends up working for her. Will Annie reveal the truth to her frosty new employer?

The book was followed by two more in the series: A Perfect Partnership (2004) and Friends and Lovers (2007).

Originally from Dublin, Martella moved to England in the 1960s, where she married an Italian and returned home to Ireland. After bringing up her children she continued to travel, ending up in Bel Air where she worked as an assistant to a mortician.

Among her other books are the comic novel Bugger Bucharest (1995), set in smalltown Ireland, and the romcom Maddy Goes to Hollywood (1999).