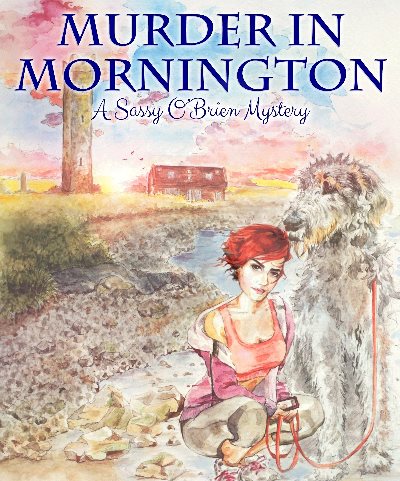 Romance writer Kemberlee Shortland has turned to crime fiction with her novel Murder in Mornington (2015), the first in a series of "Sassy O'Brien" cosy mysteries set around the seaside village of Bettystown in County Meath.

The last thing hair stylist Sassy O'Brien expects to find on her morning run on her local beach is a dead body. After ringing the Gardai, she takes several crime scene photos on her mobile phone.

Much to Detective Donnelly's consternation, Sassy's involvement becomes instrumental in his investigation, especially as clues are overlooked by his team. But how will Sassy cope when all the clues point to her?

Kemberlee Shortland is originally from California. She came to Ireland in 1997, married an Irishman and established a travel consultancy. She has published 11 romance novels.