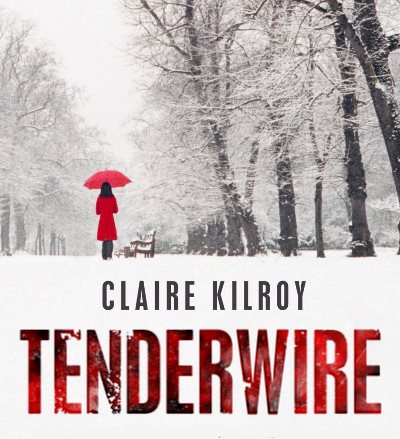 Though Claire Kilroy has insisted in interviews that she is not a crime or thriller writer, by her second novel Tenderwire (2006) she was being frequently and favourably compared to Patricia Highsmith.

Irishwoman Eva is a professional violinist in New York who becomes obsessed with a violin of dubious origins. Although she manages to purchase it, as the novel goes on she becomes increasingly paranoid about the instrument and the people around her.

Anna Hunt has lost her memory. On the run from an unknown pursuer, all she knows is that she is connected to a stolen painting being restored in the National Gallery.

All Names Have Been Changed (2009) was the last in a trilogy with arts themes -  painting, music and writing. Set in the 1980s at Trinity College Dublin, it centres on five creative writing students and their turbulent relationships with their famous tutor.

The Devil I Know (2012) begins during a testimony told by the narrator, Tristram, at a tribunal in 2016 investigating the Celtic Tiger's dealings. It then jumps back in time as Tristram tells his story.

Born in Dublin, Claire Kilroy grew up in Howth and studied English at Trinity College Dublin. She then worked as an assistant editor on the BBC television drama Ballykissangel. In 2000 she returned to TCD for an M. Phil. in Creative Writing. She lives in Dublin.