Filed under: How I write, Police procedurals, Psychological 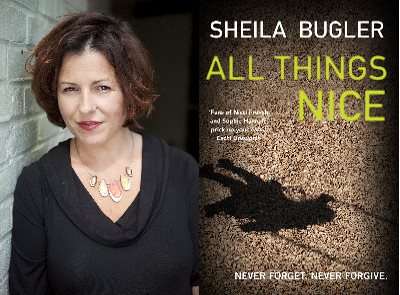 I never set out to write a series featuring a police detective. Although I love all types of crime fiction - from cosy to chilling and all the varieties in between - I am most drawn to psychological thrillers. It’s people and their motivations that interest me most.

If I’m being completely honest, I sometimes find the "police procedural" side of things a teeny bit dull.

And yet here I am: three books into a crime series featuring, um, a police detective. Her name is Ellen Kelly. She’s second-generation Irish, living and working in London. She is a widow with two young children and, like all the best fictional detectives, she is far from perfect.

So what happened? Three books published and a further three in the pipeline. The answer is simple. Ellen happened. She burst into my consciousness and refused to leave - every bit as stubborn and single-minded as she is in my books. There really was very little I could do about it.

But here’s the thing. I knew it would require research to make sure I didn’t mess up the technicalities of a police investigation. And I don’t like having to do research. I much prefer to get on with the story and worry about the detail once the first draft is done. This is not something you’re meant to admit, apparently. People generally assume that research is part of a crime writer’s toolkit. Not me, I’m afraid. 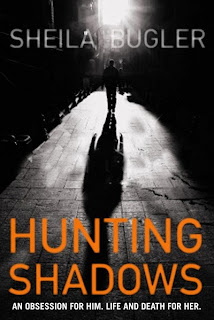 Unfortunately, Ellen didn’t like my plan one bit. The private detective storyline just wouldn’t work. I tried my best. I gave Ellen a lovely office, an interesting caseload and a stream of really great characters all ready to help her solve her first big case. But no matter how often I tried to fit Ellen into this world, she wasn’t having it.

In the end, I gave in. I let Ellen have her way (knowing her as I now do, I’m surprised I held out as long as I did). Suddenly, the novel I’d been struggling to get right started to flow. Ellen stormed out of my head and onto the pages of my first novel, Hunting Shadows.

I’ve learned so much about Ellen as the series has progressed. It’s been so interesting to see how her character has developed – in ways I couldn’t have predicted when I started out.

That’s the great thing about writing a series: it gives you a chance to really dig deep into your character - to explore their flaws as well as their weaknesses, to examine the different elements of their life that has led them to this time and place.

Ellen’s colleagues are also central to the series. In each book, a different member of Ellen’s team has their own narrative, alongside Ellen’s.

In All Things Nice, my new book, part of the story is told from the viewpoint of Abby Roberts, the other female detective in Ellen’s team. Over the series, Abby and Ellen have gone from hating each other to becoming close friends. In fact, Abby is one of the few people in Ellen’s life that she really trusts. 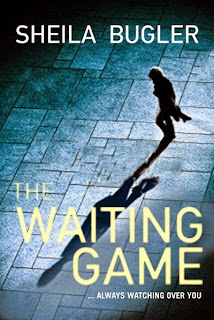 I am particularly interested in the different ways women are portrayed in crime fiction.

I like flawed females – they’re so interesting to write and read about. In my second novel, The Waiting Game, one of the central characters is a particularly nasty woman called Monica. It was such fun seeing the world through Monica’s eyes.

There is a different type of flawed female at the heart of All Things Nice. Her name is Charlotte and she’s a complete wreck. I loved writing Charlotte. She is so messed up and so difficult to like and yet... there’s something sympathetic about her. I tried really hard to portray her in such a way that, despite her failings, you can’t help rooting for her.

Did I achieve this? You’ll have to tell me!

Sheila Bugler is an Irish crime writer living in the UK. Her latest novel, All Things Nice, is the third in her series featuring Ellen Kelly. To find out more about Sheila, visit her website at sheilabugler.co.uk or follow her on Twitter (@sheilab10).