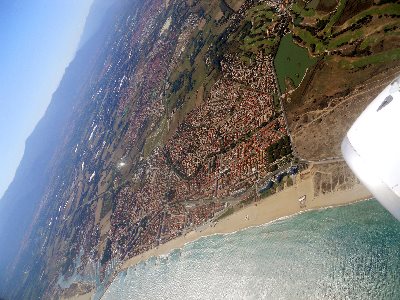 More details from Sky Atlantic on its crime drama Riviera by Neil Jordan, which is co-written by John Banville and based on an idea by former U2 manager Paul McGuinness.

Sky says Julia Stiles (The Bourne Supremacy, The Bourne Ultimatum) will star in the 10-part thriller set in the world of the super-rich, "where art, money, sex and love all come at a price".

Georgina (Stiles) is newly married to billionaire Constantine Clios when he is killed in a yacht explosion. She is shocked to discover his fortune is based on double-dealing, crime and murder.

Helped by Constantine’s first wife, Georgina must undergo a fast-track education in double-dealing, theft and shocking criminality, in order to maintain the Clios mansion and save the family from its enemies and from itself.

The series is being developed and produced by Archery Pictures and Primo Productions. It will be shot on location this summer and shown exclusively on Sky Atlantic in the UK and Ireland in late 2017.

Neil Jordan is also author of our April "Book of the Month", The Drowned Detective.


Meanwhile Sky has also announced that Idris Elba will star in the six-part drama Guerrilla by John Ridley (the Oscar-winning writer of 12 Years a Slave), about an underground cell in 1970s London. It's Elba’s first TV drama since Luther.

And Tim Roth and Mad Men’s Christina Hendricks will star in the revenge thriller Tin Star, a modern take on the Western genre. The 10-part drama revolves around an ex-London Met cop (Roth) who starts a new life in Canada's Rocky Mountains.