A blast from the past: Raymond Queneau 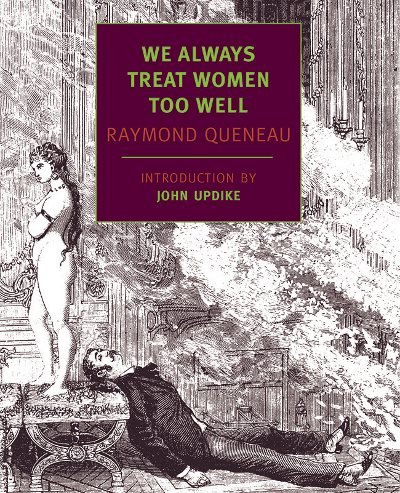 Originally published by French author Raymond Queneau under a pseudonym, it purported to be a translation from the diary in Irish of Sally Mara, who appears in the text as Gertie Girdle.


Dublin, Easter 1916: A nubile beauty finds herself trapped in a building when it is seized by rebels. But Gertie Girdle is no pushover, and quickly devises a coolly lascivious strategy by which, in very short order, she saves the day for king and country.

The novel is a comic send-up of 1940s bodice-rippers, and takes many of the rebels’ surnames from James Joyce's Ulysses. It is seen today as essentially about language, with the Irish and English characters talking and thinking differently.

In his foreword for the 2003 edition by the New York Review of Books, John Updike praised the author's "cerebral prankishness, electric pace, and cut-on-the-bias poetry".

Queneau (1903–1976), whose most famous work is Zazie dans le Métro (1959), could count an hour’s stopover in Shannon en route to the USA as his only direct experience of Ireland.