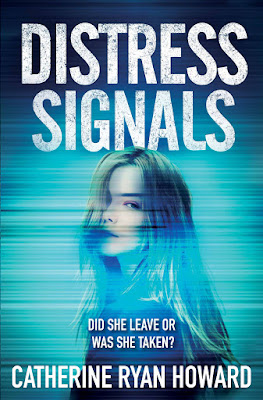 Catherine Ryan Howard's debut thriller Distress Signals is due to be published in the UK and Ireland on 5 May 2016.


Adam's girlfriend Sarah fails to return from a business trip, but the arrival of her passport and a note that reads "I'm sorry - S" sets off alarm bells.

Adam connects Sarah to a cruise ship, and to another woman who disappeared from it a year before in similar circumstances. To get answers, Adam must outwit a murderer who seems to have found the perfect hunting ground.

Originally from Cork, Catherine Ryan Howard is currently studying for a BA in English at Trinity College Dublin.

Before writing full-time she was an administrator for a travel company in the Netherlands, a campsite courier in France and a front desk agent in a hotel in Disneyworld in Florida, and a marketer for Penguin Random House Ireland.

In 2010 she self-published Mousetrapped, a memoir about her Disney experiences. Backpacked (2012) is about a reluctant trip across Central America. She has also published a how-to guide, Self-Printed (2014).

"I loved the voice… [An] engaging, unusual and believable thriller."

- Sinéad Crowley, author of Can Anybody Help Me?