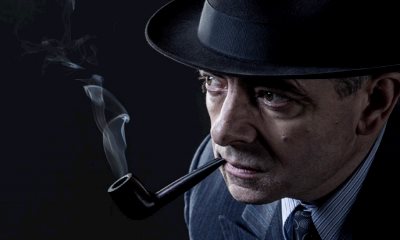 Rowan Atkinson plays famous detective Maigret in ITV's two standalone films, the first of which will be shown this Easter. Here Georges Simenon's son John, who is executive producer of the new films, talks about his father and the new production.

What do you think of Rowan Atkinson’s portrayal of Maigret?

John Simenon: "I don’t doubt people will share my feeling that Rowan Atkinson is probably going to be one of the truest Maigrets ever. Because he really expresses a unique sensitivity to others, an empathy that is so important. Which is much more important to me than anything else.

"These are physical attributes on which my father relied to establish Maigret at the very beginning. But then if you read the more recent Maigrets - those written after the war - you don’t see that many such descriptions of him. It’s part of the background.

"A lot of what happens with Maigret works inwards. The challenge for Rowan was to express that. Not necessarily in words but also in behaviour and body language."

These two films are set in 1950s Paris. What does that period bring to the story and drama?

"First it brings novelty. I don’t think there are many shows that take place in such (a) time and location. It is very exciting because that was the eternal Paris we all love.

"It was also a time when most violence was somewhat 'ordinary’. Not that I consider any violence acceptable, but terrorists or big Mafia were not yet what they are today."

In terms of the authenticity of the character, are there certain things Maigret does not do?

"Maigret almost never draws a gun, let alone shoots one. In the whole history of the saga I think he has probably shot his gun less than five times in 103 stories.

"Maigret also never drives as he doesn't have his licence. For Rowan that must be frustrating! He takes cabs all the time or is driven by his team. He also smokes the pipe and is certainly not a teetotaller." 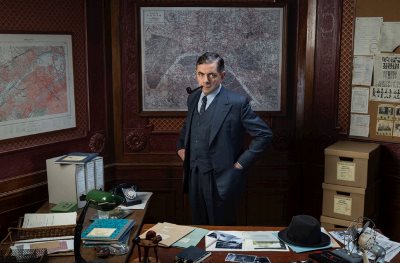 Why film in Budapest?

"Recreating Paris in the 50s requires special effects irrespective of where you shoot, but strangely enough, less so in Budapest, where many places are architecturally very similar to Paris, and which is also much less expensive."

Why do readers and viewers love Maigret?

"You escape into a different world, but Maigret also brings you back to yourself -which does not necessarily happen with other detectives. You know you could be part of that story while you read it.

"It’s not something so divorced from your own life. You feel it’s something that could happen to you or people you know. Not the crimes themselves. I'm talking about the human circumstances Maigret investigates. They remind you sometimes of things you have lived through or seen in your own life.

"My father’s villains are never absolute evils. They all have some humanity in them. My father didn't believe in pure evil. He was interested in what turned ordinary people towards crime.

"A serial killer has no excuse for what he has done. Neither Maigret nor my father will let him escape his responsibility, but he’s still a human being who was once a child and was also quite likely the victim of something else. And I think people understand their empathy for such situations.”

The Simenon name is known worldwide. Has it led to any striking encounters?

"Two which really struck me. When I was 23, I went to Japan for the 1970 World Fair - Expo ’70. You didn't have cell phones then, so you had to make calls through the operator.

"One day in Osaka, I asked the Japanese operator to get in touch with my father, giving his name and number, and she said in French, ‘Simenon? Georges Simenon the writer?’ That, I must say, was really quite a surprise.

"And the other one is much more recent. I was travelling with my family in Utah. We arrived at one of those truck-stops in the middle of absolutely nowhere. Just a cross between two highways. So I walk into this remote motel at 10 o'clock at night and the night watch lady was reading a Simenon book. That was wonderful."

ITV will broadcast Maigret Sets A Trap at 9 pm this Easter Monday, 28 March 2016. Maigret's Dead Men will be shown later in the year.