'The Bridge' creator on his new show 'Marcella' 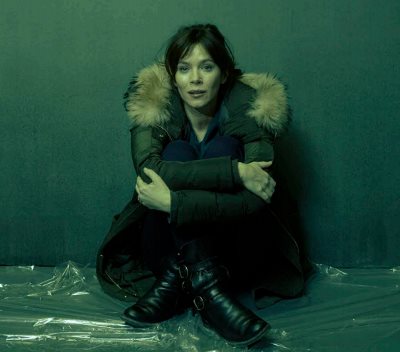 Anna Friel starts in ITV's new eight-part series Marcella which begins next week. Here its co-creator Hans Rosenfeldt explains how it came about.

The Swedish screenwriter happened to be in Turin to talk about another crime series he'd created, The Bridge, and what he thought about all the remakes. The hugely successful series has been sold in 176 territories.

While in Turin he met Nicola Larder, who executive-produced The Tunnel at Sky so she already had a good idea what it was like to adapt one of his shows.

Nicola described her idea for a police series set in London, where we meet the protagonist at her lowest ebb. Marcella has just been left by her husband, with her kids away at boarding school, when a serial killer from the past reappears.

Besides pitching him the idea of Marcella she suggested a medical show, but he told her "They’re both good but I prefer Marcella. Let’s go for it." So they storylined the series.

"I love storylining," Rosenfeldt admits. "To me, that is the most enjoyable part of the process. Before reality kicks in with budgets, schedules, rewrites, considerations and restrictions."

Their top priority was to explore who Marcella was and the universe around her. Rosenfeldt knew a big part of the success of The Bridge was down to their lead character Saga Norén (Sofia Helin), "but I didn't want to do another version of her of course." So they decided to try for the complete opposite.

Where Saga is seemingly almost emotionless and in control, they made Marcella very emotional and literally losing control. Many of her decisions are made from an emotional standpoint rather than a logical one.

"I also knew very early on that I wanted London to be an important and vital part of the series," Rosenfeldt says. "The places, the people, the colours, the vibrant big city life. I wanted to give the audience the feeling that this story couldn't be set anywhere else but London.

"That’s not the easiest thing for a man from Sweden to do, especially when writing in his second language, knowing next to nothing about the city beyond the tourist routes. Luckily I was the only Swede aboard this project, so I think we got what we wanted."