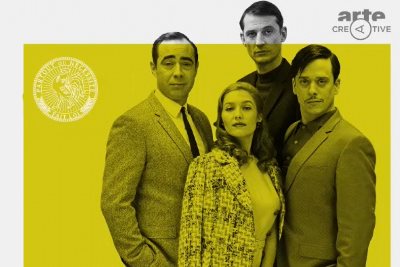 Au service de France is a quirky historical espionage series, but unlike the acclaimed Deutschland 83 the French series begins at the start of the 1960s and puts the emphasis on parody and comedy.


New recruit André Merlaux (Hugo Becker) enters the French Secret Service, as the French colonial empire is in decline and with rising Cold War tensions. France is seen as the world’s best hope at stopping WWIII.

As Merlaux learns how to hone his spy skills, he discovers the job is far from easy and falling in love can be as dangerous and difficult as his missions.

The 12-episode series was first shown on Arte last autumn. Unusually, the Complete First Season DVD and Blu-ray sets were released in France after only four episodes were broadcast, with eight episodes still to air. A second season is in the pipeline.