An unusual French take on the Troubles 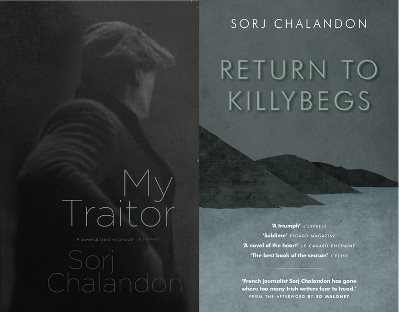 French writer Sorj Chalandon's novel Return to Killybegs (2013) is an unusual take on the troubles in Northern Ireland.

It was first published in French as Retour à Killybegs in 2011. The narrative was inspired by Chalandon's own experiences and real-life events in Ireland, including the 2006 murder of Denis Donaldson, a senior Sinn Fein and IRA member who turned out to be a British mole.

The French journalist befriended Donaldson while working as Libération's Northern Ireland correspondent during the Troubles.


Damned as an informer, Tyrone Meehan ekes out his days in Donegal, awaiting his killers.

"Now that everything is out in the open, they will all speak in my place – the IRA, the British, my family, my close friends, journalists I’ve never even met. Some of them will go so far as to explain how and why I ended up a traitor...

"Do not trust my enemies, and even less my friends. Ignore those who will say they knew me. Nobody has ever walked in my shoes, nobody. The only reason I’m talking today is because I am the only one who can tell the truth." 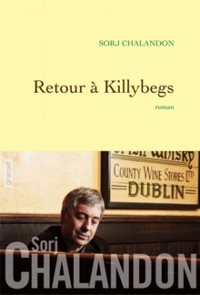 Return to Killybegs won the Grand Prix Du Roman De L’Academie Francaise and was shortlisted for the Goncourt Prize.

Chalandon's 2008 novel My Traitor is a prequel, also inspired by the Donaldson case. While the traitor Meehan is the narrator in Return to Killybegs, the prequel is told from the perspective of the betrayed, an idealistic young violin-maker from Paris who befriends Meehan in West Belfast.

Born in Tunisia in 1952, Chalandon worked as a reporter for Libération for 34 years before moving to Le Canard Enchainé in 2007. He has also covered events in Lebanon, Iran, Iraq, Somalia and Afghanistan, and the Klaus Barbie trial.