Bruen and Starr are back 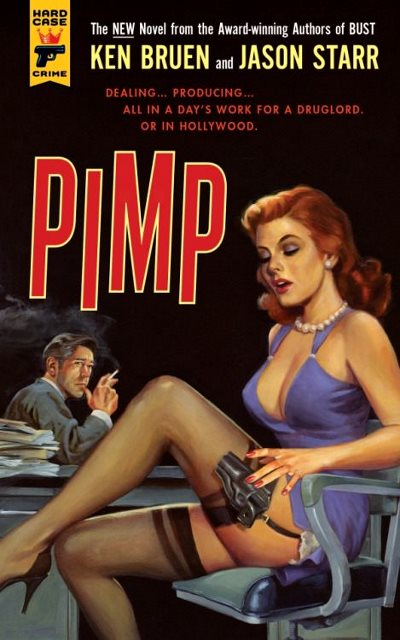 Ten years after first teaming up, Ken Bruen and Jason Starr are back next spring with their fourth novel, PIMP.

The PIMP of the title is a new designer drug, the latest wonder product for would-be druglord Max Fisher. As an excerpt explains, Max now has "Irish" roots. After his prison break from Attica, he has been hiding out in Portland as Sean Mullin, working in an Irish bar.


Being a two-hundred-and-seventy-pound Irishman was a good disguise, but being Irish twenty-four/seven he was losing his mind. Jaysus, how did Bono do it? Speaking in that accent all the time — fook, how many times can you say Jaysus in one sentence? How much fookin’ Jameson could one man drink? The whole shebang annoyed the shit out of him. Make that the shite out of him. Sometimes he wished he’d never busted out of Attica because life on the outside was a whole other nightmare. The lamenting, the self-pity, the depression. If somebody’d told him what it was like to be Irish, he might have stayed in that cell.

Publisher Charles Ardai of Hard Case Crime describes PIMP as "the best Hollywood satire since Get Shorty, and easily the funniest book we’ve ever published. And utterly merciless – it makes South Park look like choir practice."