BOTM: 'After the Fire' by Jane Casey

Filed under: Book of the Month., Murder mystery, Police procedurals 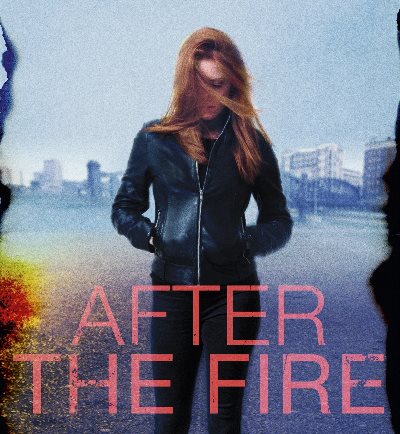 Our November "Book of the Month": After The Fire.

The place: Mainly around Murchison House, a 11-story tower block that looms over the Maudling Estate in north London.

The central character: Police detective Maeve Kerrigan, second-generation Irish, independent female with a messy private life (and flat) and no longer living with boyfriend Rob. At the start of this latest book in the series you may get the impression that she has morning sickness.


A prologue revolves around the residents in the top floors of a high-rise tower block in the hours leading up to a major fire.

Then the focus switches to Kerrigan's world as she and Detective Inspector Josh Derwent pick through the wreckage. Arson, accident or murder? It seems every resident has a dark secret.

Two bodies are found locked into an 11th-floor flat, and later turn out to be sex slaves. The third victim is a controversial right-wing MP, who may have jumped to his death - or was he pushed? And during the fire someone attacked a woman who was hiding out in the tower with her young son under false names.

Minor plot spoiler: near the end of the book it suddenly switches from whodunit to thriller, with a sad ending.

Why we liked? It's a complex puzzle with several superb characters. Casey's writing gets better and better, and she thoroughly deserved the Ireland AM Crime Novel of the Year award last week.

Maeve Kerrigan is a charming, likeable central character, with Irish roots that aren't overdone. The secret ingredient of the series since book two is her senior colleague, DI Josh Derwent.

He is the perfect sparring partner and her complete opposite: brash, bullying, boorish, a charmer, a sexual predator, a wind-up merchant, a brilliant maverick and a diva. Despite being so non-PC, he can be a loveable rogue and becomes her guardian angel in After The Fire.

Anything we didn't like? While this sixth book in the series can be read as a standalone and most of the backstory is easy to digest, not everyone will like the complications of the ongoing storyline about Chris Swaines, the creep who has been stalking Kerrigan for years.