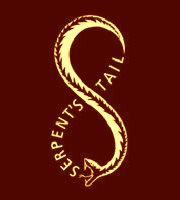 Rain Dogs, the fifth book in Adrian McKinty's best-selling Sean Duffy series, is due in the shops on 21 January 2016. Serpent's Tail have already signed him up for a sixth book about the Catholic RUC officer, to be published in a year's time.

It currently has the working title Police at the Station and They Don't Look Friendly (from a Tom Waits song), and brings events in the Northern Ireland Troubles up to 1988...

A man has been shot in the back with an arrow. Uncovering who did it will take Detective Inspector Sean Duffy down his most dangerous road yet, a road that leads to a lonely clearing on the high bog with three masked gunmen forcing Duffy to dig his own grave.

The book is set to be published in January 2017. McKinty said in a press release by the publishers: "After a glassy eyed pub crawl through Soho with the Serpent’s Tail lot I found that I had signed a contract for a sixth Sean Duffy novel.

"Apparently the thing was iron-clad and unassailable which is why I find myself jurisprudentially chained to my laptop and hard at work on Police at the Station and They Don’t Look Friendly - a title that brings me nine words closer to the contract's merciful termination."