DS Kate Maguire is back 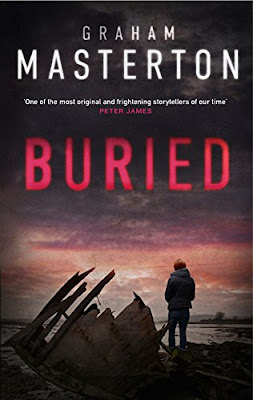 The eBook version has just been released of Buried, the sixth novel in Graham Masterton's "Kate Maguire" police series set in County Cork, with hardback and paperback versions available from 11 February 2016.


Beside the old Blarney woollen mill in County Cork, a worker's cottage guards its secrets. In 1921, a mother, father and their two young children disappeared from this house.

Ninety years later, their mummified bodies are discovered under the floorboards. The gunshot wounds in each skull look like the mark of the IRA. But as Detective Superintendent Katie Maguire reopens the cold case, the flames of old rivalries flare up once more.


The Kate Maguire series began in 2003 with A Terrible Beauty (later republished as White Bones). A seventh novel, Living Death, is already in the pipeline.

Masterton's debut as a horror author began with The Manitou (1976), which he says he wrote in a week. It became an instant bestseller and was filmed with Tony Curtis, Susan Strasberg and Michael Ansara.

Since then the Edinburgh-born author has written more than 100 novels ranging from thrillers (The Sweetman Curve, Ikon) to disaster novels (Plague, Famine) to historical sagas as well as sex manuals. He has also published four collections of short stories.