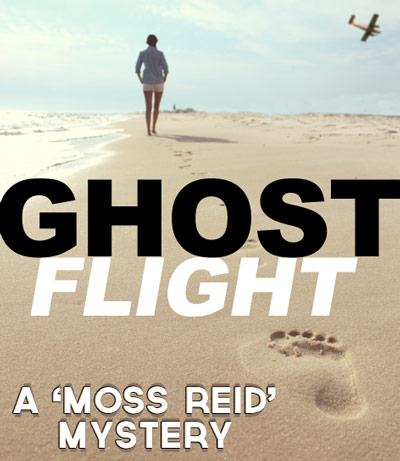 Our October "Book of the Month": Ghost Flight.

The central character: the Stoneybatter-based private eye Moss Reid, a likeable plodder often more concerned about his food, of which there is plenty in the novel.

The plot: major twists and turns after a relatively gentle start.


At the end of the Celtic Tiger boom, three Irish businessmen go missing in a light aircraft off the west coast of Ireland. Six years later, one is spotted by his sister-in-law Niamh in a Languedoc village in France. Then she, too, disappears.

Her frantic sister asks Moss Reid to investigate. But the French and Irish authorities throw plenty of obstacles in his way, and Niamh suffers from Prosopagnosia - face blindness - so can she be trusted as a reliable witness?

Why we liked? Earlier stories in the series are mainly based in Dublin's inner city, but this one opens out to capture life in the French Languedoc region - including an epic chase at five mph down the Canal du Midi as the Tour de France comes to town.

Classic moments include the intense paranoia when Reid has to go on the run. He is haunted by ghostly signs, from past Spanish Civil War atrocities and U-Boat warfare to modern drones and thousands of refugee deaths in the Mediterranean.

The regular supporting cast includes Arnaud the chef (with his gastro-wagon called Tintin), Colley (a wheeler-dealer rogue), and Maggie Dardis, Moss Reid's irrepressible IT consultant ("Insultant more like"). An intriguing new character is the world-weary Detective Coleman, who sees the Med as "a rotting sewer of dead meat".

Anything we didn't like? The paperback edition misses the "bonus features" of the later Kindle version, including an extra story and an extended author's note.

JH / LD
Check out more of our Books of the Month