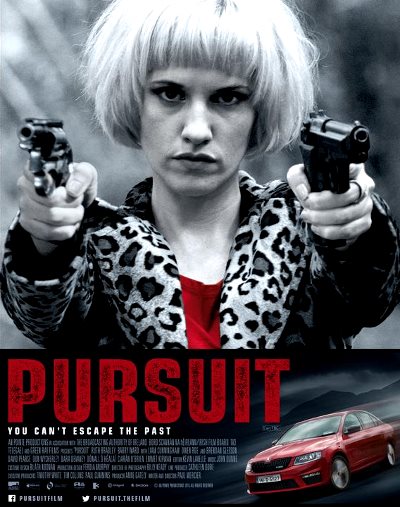 Update: since the original article, TV3 has announced that it will broadcast Pursuit on Sunday, 20 March 2016 at 9 p.m., after which it will be available on the 3Player.

The modern take on the ancient Irish legend of Diarmuid and Gráinne will go on release in IMC cinemas across Ireland on 18 September.

Paul Mercier was a founding member of the Passion Machine theatre company. His plays have received numerous awards, and he directed the hit Irish-language teenage series Aifric for TG4. His1986 stage play Studs was adapted for film in 2006, starring Brendan Gleeson.