Jean Darling (August 23, 1922 – September 4, 2015) was one of the last surviving actors from Hollywood's silent movie era. She also became a highly prolific crime and mystery writer after moving to Dublin in the 1970s.


As a child star she was a regular in the Our Gang comedies from 1927-29. Later she became a vaudeville performer and accomplished singer, starring in the original Broadway production of Carousel. 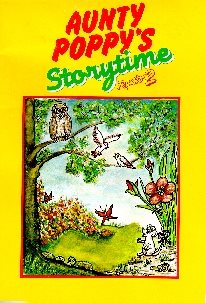 But in Ireland she's probably best known as "Aunty Poppy" on RTÉ radio and television, reading children's stories in the 1980s (Anything Goes, Poperama).

While living in Dublin she became a regular contributor to Ellery Queen's Mystery Magazine. She also had over 50 short stories published in the Alfred Hitchcock Mystery Magazine, Mike Shayne Mystery Magazine and Whispers, a horror and fantasy fiction magazine.

Born Dorothy Jean LeVake, her name was legally changed to Jean Darling when she was five months old, shortly after her mother and father separated.

She married Reuben Bowen ("Kajar the Magician) in 1954 and toured the world with his magic show. They separated in 1973 and the following year she moved to Ireland. More recently she had been staying with her son in Germany until her death last week.