Dublin-born writer Nikki Owen's first crime fiction novel, the psychological conspiracy thriller The Spider In The Corner Of The Room (2015), revolves around a plastic surgeon who has Asperger’s Syndrome.


Plastic surgeon Dr Maria Martinez  has been convicted of killing a priest, and is beginning a long prison sentence, yet she has no memory of the murder.

DNA evidence places her at the scene of the crime, yet she claims she’s innocent. Then as she goes into therapy she begins to remember... 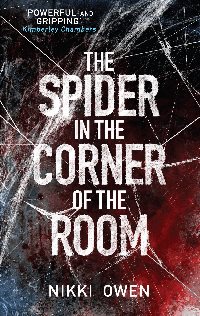 The book is the first in her planned "Project trilogy". TV rights are currently under option with NBC/Universal Studios.

Owen went to school in Preston and has a BA in International Business and Spanish from Liverpool John Moores University.

She also studied in Spain for a year at the University of Salamanca, in the same city where her Maria character hails from.

She has worked in marketing, copywriting and freelance journalism. From 2002 to 2005 she taught marketing modules to MSc Entrepreneurship students at the University of Bristol.