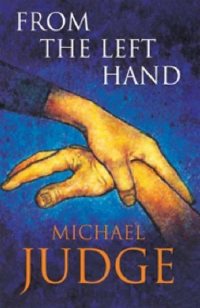 Irish writer and playwright Michael Judge has died aged 94 after a short illness.

Despite a prolific output during his long lifetime, he only got around to publishing his first and only crime thriller, From The Left Hand (2005), when he was 85.

He is probably best known for his nine stage plays, numerous short stories, 14 TV plays for various stations, and his many writing credits for RTÉ television including Tolka Row, The Riordans, Glenroe and Wanderly Wagon.

He published his first novel, Vintage Red, in 2004. From The Left Hand came out the following year and is a thriller about a serial killer.

When Leo Malone opens the fingers of his left hand and allows his father to slip quietly to his death, he is surprised to find how easy it is to kill. With one simple action Leo delivers himself from cruelty and oppression.

After he puts himself in danger by revealing his sinister secret to two people, now he is set on eliminating these threats to his security.

In 1970 he penned a song for the Eurovision Song Contest, but was beaten in the national final by All Kinds of Everything.