Roger Allam to star in 'The Truth Commissioner' 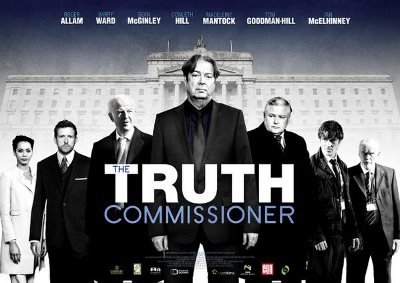 One of this autumn's highlights from BBC Northern Ireland is the adaptation of David Park's novel The Truth Commissioner (2008).

Roger Allam (Endeavour, The Thick of It) and Sean McGinley (Roddy Doyle's Family, The Fall, Love/Hate) head the cast. 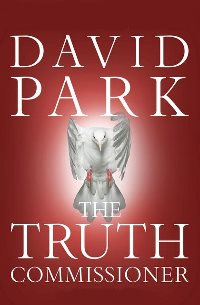 Set in a post-Troubles Northern Ireland, the political thriller examines the unintended fallout from the peace process.


Career diplomat Henry Stanfield (Allam) has just been appointed as Truth Commissioner to Northern Ireland, with a commission based on the South African model of Truth and Reconciliation.

While troubled by his estrangement from his daughter and the consequences of his infidelities, he soon uncovers some bloody and inconvenient truths about those now in power.

Meanwhile retired detective James Fenton (Ian McElhinney), on his way to an orphanage in Romania with a van of supplies, will soon have to confront his past betrayal of a teenage boy.

The film is directed by Declan Recks (Eden, Big Swinger, Pure Mule), with a script by Eoin O'Callaghan. The locations include Belfast, Derry and Bangor.

"The Truth Commissioner is a fine, crafted novel, but it is also an important book... his best writing to date."
- Eileen Battersby, Irish Times

David Park was born in east Belfast and now lives with his family in County Down. He went to Queen's University and was a teacher for 24 years. All his earlier novels were written on holidays and in the evenings.

He only became a full-time writer with the publication of his eighth book, The Light of Amsterdam (2012), which was shortlisted for the 2014 IMPAC Prize. The Poets' Wives (2014) was Belfast's Choice for One City One Book in 2014.