Blast from the past: Jack Barry / John Maher 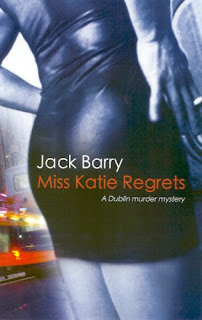 
An apparently humdrum shooting of an ex-paramilitary drugs campaigner leads Barrett to an online male prostitution service and a quashed political scandal from the 1970s that led to Barrett's father's death.

At the centre of the web of intrigue sits Miss Katie, a crabby Dublin transvestite.


An ageing Middle East scholar goes on a journey of self discovery between a small Irish village and a Druze village in Western Galilee. He is trying to unveil a murder from six decades ago that may shine light upon his family's history and his own existence.

Maher's latest novel When the Sun Bursts (2014) intertwines several characters' stories against the background of the 1916 Rebellion in Dublin.

Maher was born in Dublin. While at school he had a summer job at Clery's department store. He studied Modern Arabic/Biblical Hebrew at University College Dublin, followed by an MPhil on "The Development of the Palestinian and Israeli Novel".

He has been a teacher as well as a lecturer in Near Eastern languages at UCD, with a spell as a visiting research fellow at King’s College, London.

He lives in Rathdowney.