Filed under: Book of the Month., Northern noir, Police procedurals 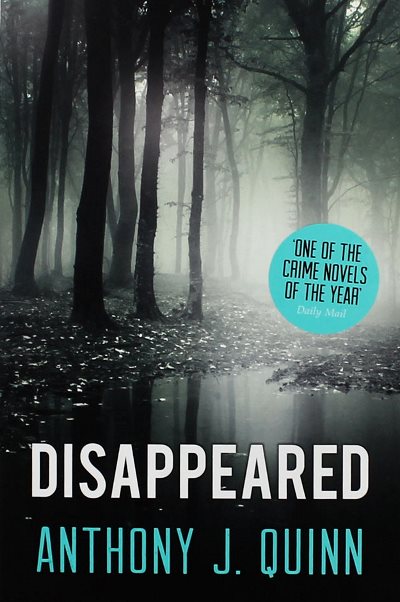 The central character: DI Celcius Daly (39) is a Catholic officer in the PSNI, having recently returned from a stint in the Glasgow police.

He is a semi-outsider, a grumpy loner, recently separated and now living in the isolated farmhouse of his late father.

The war may be over, but the Troubles won't go away. Both sides figure they have won, and some secrets and memories refuse to disappear. Yet Daly's PSNI colleagues seem happy to bury the past and gloss over unsolved crimes. Even the Special Branch seem to go out of their way to hamper his investigations.

The plot: relatively straightforward, though the book has several spooky and disorienting sequences right from the start.


Retired detective David Hughes vanishes... The wanderings of a man succumbing to dementia, or a sinister kidnapping?

An ex-intelligence officer is tortured to death... Why was his obituary printed in the local paper the day before he died?

A son seeks his father's long-lost grave... And vengeance for his murder in 1989 by other members of the IRA.

Why we liked? Celcius Daly is a likeable creation with an unforgettable name and familiar quirks, and the fates of "the disappeared" are a recurrent theme in modern Northern noir.

Yet in Disappeared the author makes Nature itself a central character. The landscape, darkness, wind, rain and the wildlife, all play their part in building up a brooding and ghostly atmosphere that verges on the supernatural.

It's not all "rural noir": Quinn has observant prose for the bleak working-class cityscapes too, with many memorable similes and metaphors.

The David Hughes character's early onset of Alzheimer's is not a cheap gimmick. Sequences highlight his bewilderment as he chases elusive memories from the Troubles, and everyday objects such as a wall clock become unfamiliar puzzles.

Anything we didn't like? The American spellings in the 2015 UK paperback edition can be annoying.

Also the finale (SPOILER ALERT) relies on the familiar trick of the main villain doing an "I will confess all before I kill you" information dump.

On the other hand - not quite a spoiler alert, because the reader knows this from both  the book's opening sentence and back cover blurb - we know David Hughes is a retired undercover Special Branch agent, yet it takes DI Daly 160 pages to discover this.

The publishers: Head of Zeus.

Disappeared, the first book in Quinn's "Celcius Daly" series, first appeared in hardback in the US in 2012. It is now also available as a paperback, eBook and audiobook.