Blast from the past: Gareth O'Callaghan 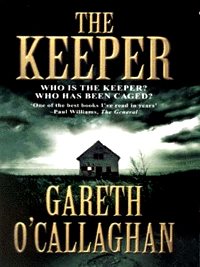 In The Keeper (1999) an ex-detective police sergeant goes on a binge and wakes up next to the drowned body of his best friend.

O'Callaghan's first novel, Dare to Die (1996), begins with a young man and woman leaving Ireland on the emigrant boat for England.


Frank and Jamie fall for each other, but didn't swap contact details. Jamie's boyfriend is a psychopathic London cop involved in drug dealing who has murdered a colleague during a police raid. Meanwhile a shadowy former IRA man who has escaped from prison keeps turning up at the pub where Frank works...

The Limbo Vigil (2001) is about a separated man, expelled by a violent wife, who emigrates to Martha's Vineyard where he carves out a new life until getting a chilling message that his daughter has attempted suicide.

O'Callaghan's other books include the romantic novels Joe's Wedding (2009) and Stray Dog (2009) and the best-selling memoir A Day Called Hope: A Personal Journey Beyond Depression (2004).

After leaving school O’Callaghan trained to become a priest at Clonliffe College but left after meeting his wife-to-be Jacqui. He worked in pirate radio then joined RTÉ 2FM.

In 2005 he took time out from broadcasting to pursue a career in psychology. After presenting a show on Galway Bay FM he is now in an afternoon slot on Classic Hits 4FM. He divides his time between Dublin and London