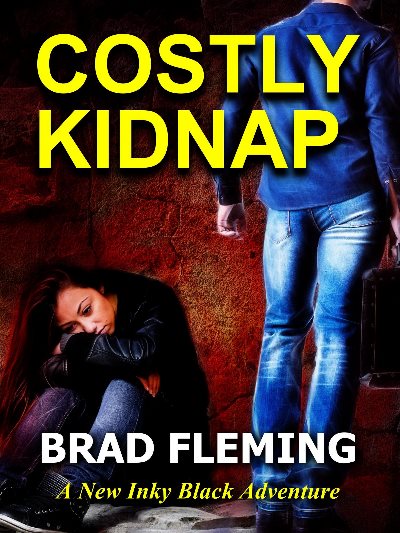 With his business about to collapse, Inky goes in search of a missing cat as a final favour for his acid-tongued secretary and "Girl Friday" Maggie. The case changes everything, and business is booming by the second book in the series, Costly Kidnap (released on Kindle on 21 June 2015):


Inky takes his new girlfriend Barbara on a motoring holiday along the west coast of Ireland. When Barbara is kidnapped on a deserted beach, Inky is plunged into a duel with a crime syndicate planning the biggest swindle in the country’s history.


When recently retired Chief Superintendent Austin Scott, his wife and four-month-old grandson are blown up by the IRA in a border ambush, four men from different backgrounds – a politician, a policeman, a soldier and a journalist – embark on a daring plan to exact vengeance and to end the Troubles once and for all.

Fleming was born in the village of Kilkeel in Northern Ireland. He worked as a reporter in local weekly papers before a spell as sub-editor in a Belfast daily. Deadline To Danger (2013) draws on his early days as a rookie reporter:


After young journalist Jim Baxter's dad is killed in a hit-and-run in Manchester he leaps at a job offer on the same local newspaper where his father worked for years. Months later, an old diary provides a clue that his father’s death wasn't an accident.

The author later worked as a reporter for the BBC, then as a government press officer in London, mainly for the Ministry of Defence. Although London-based, his work included extensive travel and a three-year spell in the then West Germany during the Cold War.

He lives in Hillsborough, County Down.