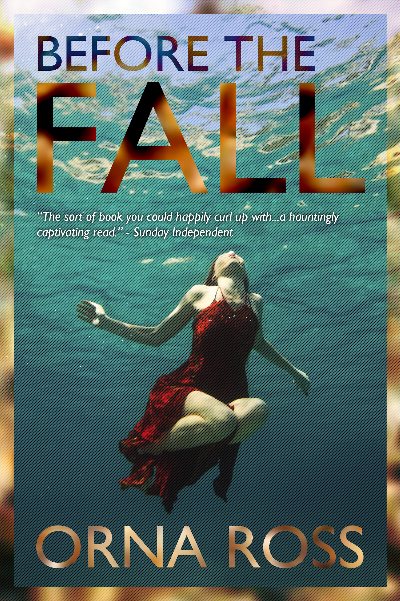 Áine McCarthy found an unusual way to come up with her pseudonym. She was well aware that people outside Ireland would find "Áine" difficult to pronounce.


"One day I was calling my two children - 'Ornagh! Ross! Dinner's ready!' - and felt the perfect name had delivered itself to me," she recalls. "I asked them if they'd mind, they said fire ahead."

Hence Orna Ross was born. Ornagh and Ross are now in their twenties.

"Every writer is engaged in a creative double-act, between the writing and the life," McCarthy says. "For me, having a pseudonym keeps those two separate in a way that I find helpful."


Jo "Dev" Devereux returns from San Francisco to Ireland after 20 years away for her mother’s funeral. The last person she expects to see is Rory O’Donovan - their families have been in a bitter conflict since the Irish Civil War of 1922.

Another Orna Ross murder mystery, Blue Mercy (2013), revolves around an Irishwoman accused of killing her elderly and tyrannical father when she was 40:


Was it an assisted suicide, or something more sinister? Was Mercy Mulcahy protecting her daughter? Now, near the end of her life, she has written a book about what really happened on that fateful night in 1989.

McCarthy was born in Waterford, grew up in Murrintown, County Wexford, and studied English Literature at University College Dublin. She also took an MA in Women's Studies at UCD.

She has worked as a school teacher, waitress, aerobics instructor, journalist, editor, university lecturer, writing mentor and literary agent. After two decades in Dublin she now lives in London. She also publishes poetry and non fiction.

In 2011 she took her rights back from Penguin to republish her books herself, with the titles and treatment she’d originally wanted for them. At the 2012 London Books Fair she launched ALLi, the non-profit Alliance of Independent Authors.