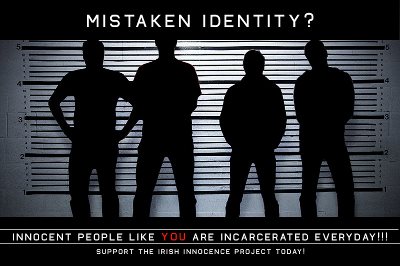 The Irish Innocence Project made the headlines earlier this year after it achieved its first exoneration: a posthumous pardon for Harry Gleeson, who was convicted and hanged for a murder in 1941. But its work doesn't stop there.

The project currently has 28 other cases on its books, each being pursued on the basis that someone was imprisoned for a crime they did not commit.

The organisation's director and founder, David Langwallner, has practised as a barrister in Ireland and the UK, and is Dean of Law at Griffith College in Dublin, where the project is based.


"At times, the gardai do not operate as an investigative force"They sometimes start from a result and then look for a quick convenient short-cut solution. They think a certain way, cleverly, which is not a correct thought process."
- David Langwallner in an interview by Michael Clifford in the Examiner newspaper

The project cases are worked on by 21 students from Griffith College, TCD and DCU, mostly law students though three are from journalism courses.

The project will host an international conference on miscarriages of justice on 26 June, and the first Wrongful Convictions Film Festival the following day. Both events will take place at Griffith College.