He is also a prolific poet - and the favourite wordsmith of Jack Taylor, the ex-Garda hero of Ken Bruen’s detective series. 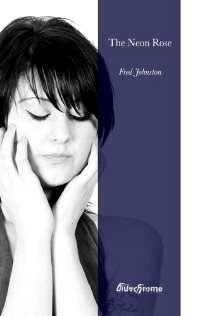 Johnston's fourth novel, The Neon Rose (2007) is a crime story exploring the relationship between a young Irishman in prison in Paris and his defending counsel, against a backdrop of the invasion of Iraq and the underbelly of Paris daily society.

His earlier Le Trace de Dieu / Mapping God (2003) is a dual-language novella in French and English, set in a village on the Irish coast.


Against the backdrop of the unsolved murder of a girl on a beach, the tale is at least as much about the differences between the indigenous community and the "blow-ins" from abroad whose lives interact only marginally with them.

Johnston co-founded the Irish Writers' Co-operative in Dublin in 1974 with Neil Jordan and Peter Sheridan. He moved to Galway in 1978, where he founded the annual Cúirt International Festival of Literature in 1986.

In 2005 he founded the Western Writers' Centre, "the only writers' centre west of the Shannon". He has also lived in Canada and Algeria.