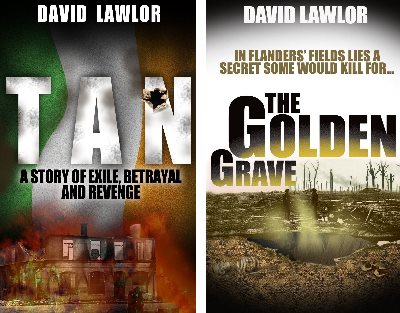 
Mannion is arrested for a crime he didn't commit, escapes to England and spends the war in the trenches of France. Back in England in 1919 he is destitute and has = to enlist in the Black and Tans. When he is posted to Balbriggan his divided loyalties are stretched too far and he defects to the IRA.

The second book in the series is The Golden Grave (2014):


It's now 1920, and Mannion is on the run with a price on his head. With old comrade Ernie Wood he forms a gang to search the old battlefields of the Western Front for lost gold in a collapsed bunker. 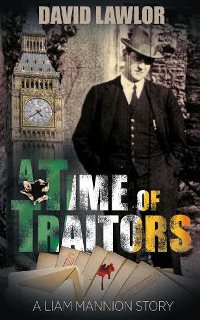 In A Time of Traitors (2014) Mannion tries to unmask a traitor within the IRA in 1921, as the British and Irish take their first tentative steps towards peace talks.


Fifteen storeys in the air, crane operator Tommy Reynolds is up to more than shifting concrete and steel on a building site. He has his eagle eye on the apartments opposite.

Tommy doesn’t just watch his victims; he films, follows and listens, too. Soon he's worming his way into their lives...

After taking a history degree at UCD, Lawlor has worked as a journalist for the past 25 years. He is an Associate Editor with the Herald newspaper in Dublin and is also a books editor. He lives in Greystones, County Wicklow.