Filed under: Author profiles, Murder mystery, News
Laura Lynott has been a reporter in Derry, Donegal and Dublin, and has covered major crime stories and court cases. The central character of her first crime novel, Paper Girl (2015), is a journalist too. 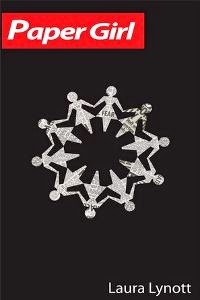 Grace O’Brien is a single mother who works in a male-dominated tabloid newspaper in Dublin, The Daily Messenger ("the Mess as it was affectionately known"). She stumbles on the big scoop she has been waiting for, after an elderly woman walking her dog comes across the severed body of a woman in a case in the Wicklow Mountains.

Grace's investigations take her deep in Dublin's gangland. To further complicate matters, she falls for Tyler Cox. He is the handsome, muscular henchman of a crime lord called The Priest (so-called because he was kicked out of the seminary for dealing drugs to his fellow student priests).

Lynott grew up in Manchester and moved to Ireland in 2007. She began writing her debut novel four years ago while freelancing in Donegal - her mother's side of the family is from Buncrana - and she has been based in Dublin for the past seven years.

Also: listen to an interview with the author about the book on the John Murray Show (27 January 2015)