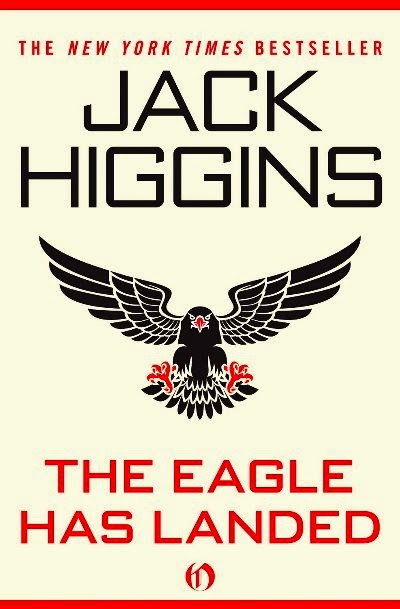 1. Jack Higgins is a pen name

It is the principal pseudonym of Harry Patterson, who has written more than 80 books.

He was born in 1929 in Newcastle upon Tyne in England. Soon after, his mother took him to her home town of Belfast, where they lived on the Shankill Road. She worked as a waitress at the Grand Central Hotel. At the start of the war they moved to Yorkshire, where she remarried.

3. He served in the British army

After school he did National Service, being stationed near the East German border for two years during the Cold War.

4. He was a college lecturer

After the army he studied sociology at London School of Economics, lectured in social psychology and criminology at a secondary school in Leeds, and later taught at Leeds Polytechnic.

5. He wrote 'The Eagle Has Landed'

His 1975 novel has sold over 50 million copies and was adapted into a successful film.

6. He wasn't an instant success

It was his 36th published book, published when he was 45.

7. His central characters are often from Northern Ireland

One of the main characters in The Eagle Has Landed, Liam Devlin (played by Donald Sutherland in the film), is an IRA gunman originally from County Down with a degree in English literature from Trinity College Dublin. Devlin appears in subsequent thrillers Touch the Devil, Confessional and The Eagle Has Flown.

The Violent Enemy (1966), based on an IRA man's escape from Dartmoor, was turned into a film, starring Susan Hampshire and Tom Bell. But it was banned by the Home Office shortly before its release, which coincided with the start of the Troubles in Northern Ireland.

9. He specialises in IRA gunmen philosophers

Eye of the Storm (1992) introduced another regular Irish gunman-philosopher character, Sean Dillon. His 21st book in the Sean Dillon series, Rain on the Dead, was published on 21 May 2015.

He went there in a rage after The Eagle became a best-seller, and the Inland Revenue took 83% of his earnings.