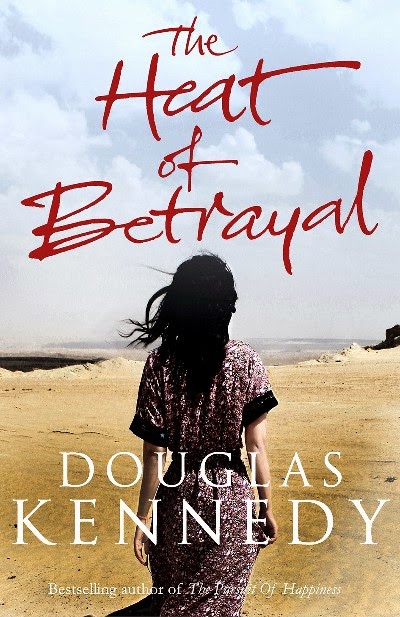 Irish-American author Douglas Kennedy's work has been translated into 22 languages, and many of his books have suspense and mystery elements.

His first novel, The Dead Heart (1994) is a thriller about a holiday romance gone wrong as an American journalist ventures to Australia.

In his breakthrough novel The Big Picture (1997), a stressed out Wall Street lawyer finds himself on the run and takes on a new identity in a small town and takes up his real passion of photography.

More recent bestsellers include The Woman in the Fifth (2008):


An American academic flees from a scandal at his college and ends up in Paris, living in a rundown district in a spiralling nightmare of squalor and violence. Then he falls for the eponymous woman from the fifth arrondissement.

In The Moment (2011) a reclusive American writer living in rural Maine is shaken out of his isolation when a parcel from Germany arrives. This event triggers memories about an intense love affair with an East German refugee in Cold War Berlin.

Kennedy's twelfth and latest novel, The Heat of Betrayal (2015, published in France as Mirage), is set in Morocco:


Robin and her feckless husband Paul have been married for three years. On a holiday to Casablanca Paul suddenly disappears and Robin finds herself the prime suspect in the police inquiry.

Kennedy has dual Irish and American citizenship and is originally from Manhattan ("Jewish mother, lace-curtain Irish father"). While studying history at university he spent a year in Ireland in 1974-75 at Trinity College Dublin.


"Retrospectively, I think the history major provides much better training for a novelist. So much of what I do in my own fiction is observational; is looking at behaviour. By studying human history you really see how human folly endlessly repeats itself."

He returned to Dubln in 1977 and quickly became a leading figure in Ireland's art scene. Shortly after setting up a fringe theatre company he was hired to run the Peacock, the Abbey Theatre’s second house.

He was also a columnist for the Irish Times, but lost the position after Conor Brady became the newspaper's editor ("he didn't like my style," Kennedy recalls). The setback forced him to finish his first book - the travelogue Beyond the Pyramids: Travels in Egypt (1988) - and move to London in 1988.

Since the beginning of this century Kennedy has lived part-time in France - where several of his books have been number one best-sellers - as well as in Maine, Montreal, London, Berlin and New York. He was awarded the Chevalier de l'Ordre des Arts et des Lettres in 2007.