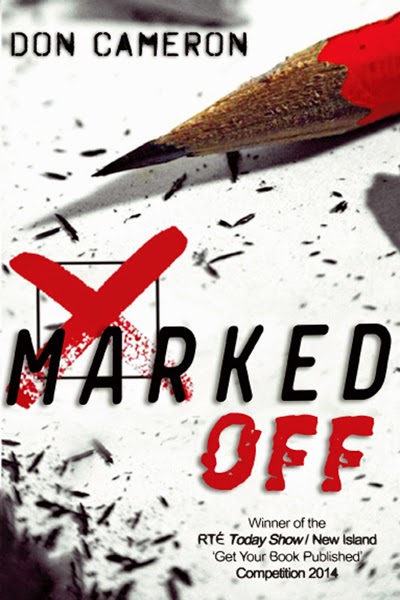 A local woman is murdered in the leafy Dublin suburb of Booterstown, and more deaths follow. Detective Inspector Danny O’Neill has to hunt down a troubled and evil serial killer, and a profiler called Christine O’Connor is called in.

Cameron was educated in CBS Westland Row and worked as an accountant before moving to London in 1986, where he worked in various semi-state organisations, and began working in the Department of Education in Westminste in 1997, just as Tony Blair came to power.

He now lives in Rathfarnham and continues to work as a part-time accountant.

He has published a short story collection, The Bloomsday Boys (2013), writes the "Don's Dublin" column in the freesheet Dublin Gazette and has self-published a guide to central Dublin, Walking with Words (2013).