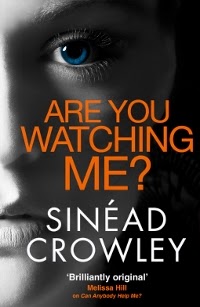 Crowley, who is RTÉ's Arts and Media correspondent, introduced the character in her best-selling debut novel Can Anybody Help Me? (2014). The book was shortlisted for Crime Book of the Year at the 2014 BGE Irish Book Awards.

Crowley says there will be at least three books in the DS Claire Boyle series. This second novel is called Are You Watching Me?

Liz Cafferky has been rescued from her dark past by the owner of a drop-in centre for older men, and  soon finds herself as the charity's face, and the unwilling darling of the Dublin media.

Liz barely notices a letter from a new fan, but then one of the centre's clients is brutally murdered  and she receives a second, more sinister note.

Running from her own ghosts, Liz is too scared to go to the police. And with no leads, there is little DS Claire Boyle can do to protect her.

Set in the world of parenthood and internet forums, Can Anybody Help Me?  (2014) tells its story from the viewpoints of first-time mother Yvonne who has just moved to London from Dublin, and pregnant DS Claire Boyle.

Crowley describes herself as a "self-confessed Internet addict" who discovered the world of parenting websites when on maternity leave with her first child.

Yvonne thinks something may be amiss when one of these new friends goes offline. Then when the body of a young woman with similarities to this missing friend is found, Yvonne realises they are all in terrifying danger.

Can she persuade ambitious detective Claire Boyle - herself six months pregnant and about to go on maternity leave - to take her fears seriously? 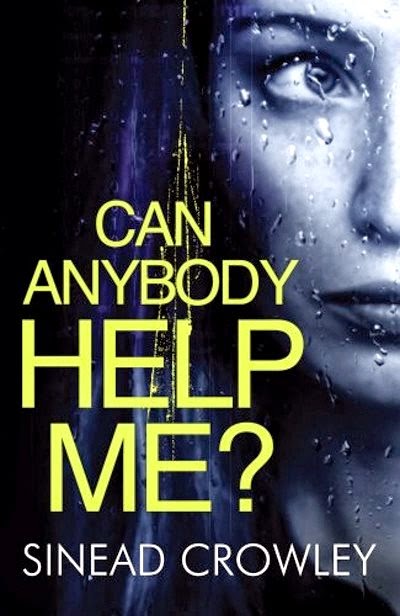 A fluent Irish speaker, Crowley is from Walkinstown in Dublin. She began work as a reporter and film reviewer with the Northside People and later worked on the radio stations Raidió na Life, Clare FM and Radio Kerry.

She joined RTÉ in 1997 as a reporter in Irish-language programmes, moving to the station's newsroom two years later. She was appointed Arts and Media Correspondent in 2006.