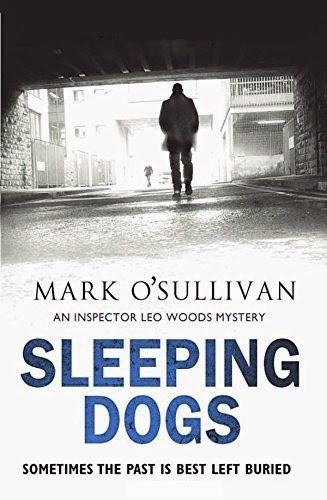 Plot: Quite complex for such a character-driven story.


In the background, TV screens show mass protests in Egypt during the Arab Spring, and Gaddafi is still hanging on in Libya.

Meanwhile gangland boss and former police informer Harry Larkin is in hospital with a bullet in his brain. Before dying he begs his old handler DI Leo Woods to find his missing - possibly kidnapped - daughter Whitney.

Woods is forced to investigate, from Libyan connections to former IRA gunmen. "Delusion" is a big theme throughout, from Harry's last words and Whitney's wild stories to Leo's affair with a nurse.

The pace: Brisk, as the scenes jump between Woods and his regular sidekick DS Helen Troy.

Why we liked? Above all for the DI Woods character, a superbly complex and masterly creation who first appeared in Mark O'Sullivan's debut crime novel in the series, Crocodile Tears (2013).

Leo Woods is physically unforgettable, both for the other characters and for readers. The left side of his face is paralysed by Bell’s palsy (disfigurements and disabilities feature heavily in the series) and he is often more concerned with finding a clean tissue than a fresh clue.

He is unforgettable in other ways too. He is flawed yet strong, his slowly unfolding back story includes the Troubles, his spell as a UN peacekeeper, sleepless nights, a growing drug dependency. He is a narky loner who regularly consumes cocaine, joints, uppers and downers. Yet he also has a wickedly funny sense of the absurd side of life and likes to throw in references to artists and philosophers (Philip Larkin, Sartre, Camus, Cantona).

DS Helen Troy is living through her own personal disasters. She is far more developed than many run of the mill "feisty female detectives" you come across in crime fiction and the Larkins are not your typical Mafia type godfathers either, more a dysfunctional middle-class family who happen to be criminals.

Anything we didn't like? (SPOILER ALERTS) A few minor details if you are a forensic trainspotter.

For example, the police/CSI are preoccupied with empty cigarette packs at a scene yet they don't bother to bag any butts for saliva and DNA. Also the idea of linking traces of white paint at one scene to a van found at another might make sense with a respray, but not for a relatively new mass-produced white Ford Transit.

Any spoilers (SPOILER ALERTS)? Among the supporting police characters there is a surprising twist towards the end about "country and western detective" Martin Buck. Superintendent Heaphy's false teeth have also become a running joke in the series.

The publishers: Transworld Ireland, available as a paperback and eBook.