'Numb': diary of a real killer or a hoax? 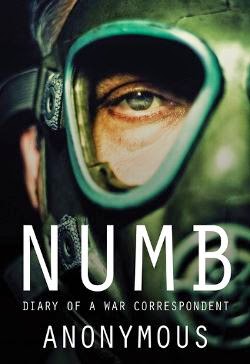 Did a British journalist live a double life as a psychopathic serial killer? That's the amazing claim of Numb: Diary Of A War Correspondent.

The new book claims to be based on the diaries of a real-life reporter whose letters after his death reveal that he was involved in gang rape and murder, as well as the loyalist mutilation and murder of a Catholic in Northern Ireland in 1981, and the capture and repeated sexual abuse of a young Bosnian woman in Sarajevo in 1994 until she took her own life.

In the book, published in Dublin by Liberties Press, the war correspondent's identity is disguised as "Alan Buckby", with the author listed as "Anonymous".

The book's ghost writer, Louis La Roc (the nom de plume of Colin Carroll, a former solicitor from County Cork), had lengthy radio interviews last week on the John Murray Show on RTÉ and with Seán Moncrieff on Newstalk. Writing.ie also gave him a guest slot to write about the book last month.

Then the book's veracity was challenged by several newspapers, including the Irish Times and the Guardian.

La Roc has denied the book is a novel pretending to be a "true crimes" memoir, but Liberties Press admits that it did not do basic fact checking to verify the claims.

So was there a real-life journalist from England who worked as a freelance war correspondent for 30 years and committed war atrocities?

According to La Roc, "Buckby" was born in 1959 and died in 2014 under a fallen tree, and is survived by a wife and two sons. La Roc also says that he verified Buckby's alleged murders by googling them.

Postscript, 20 April 2015: since the book's publication, journalists at the Irish Times have thoroughly debunked it as a hoax. Liam O'Brien of book publishers Miller House gives a good summary of the main findings.