The new series goes into production next month. The creator of  the Morse novels, Colin Dexter, will continue to act as a consultant "on all aspects of production".

ITV has also commissioned a third series of Morse prequel Endeavour. This time it has reached 1967.

And the BBC's 1960s series Inspector George Gently,  filmed around Durham, is set to return for an eighth series.

Meanwhile Northern Irish actor Ciarán Hinds has joined the cast of Shetland, the BBC Scotland series based on Anne Cleeves's novels. Filming is already under way until the summer.

Hinds told the BBC: " "I'm looking forward to locking swords with Douglas Henshall and working against the stunning backdrop of Shetland. I came to Scotland a lot in the 70s and 80s in various theatre productions and of course to film Hallam Foe but this is the furthest I've ever been.” 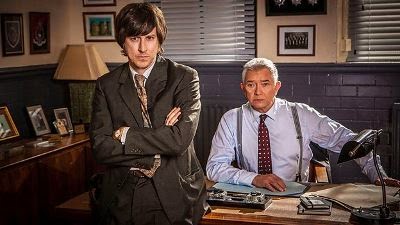