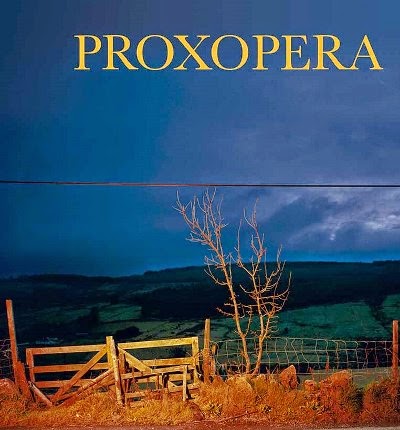 Binchey, a retired schoolteacher living in rural County Tyrone, is forced to drive a "proxy" bomb in a milk churn to the home of a judge in town, while his family are held hostage by the IRA. As Binchey travels through the countryside he reflects on the past, his family and everything that he values, all now threatened.

Talking to the New York Times last year, Colum McCann listed Proxopera as one of his favourite Irish books:


"It’s one of those secret classics... It’s a perfect piece of literature and encapsulates the sadness and terror of what went on in Northern Ireland during what is euphemistically called 'the Troubles'."

Benedict Kiely (1919-2007) was a highly popular writer and prolific essayist, lecturer and broadcaster. He grew up in County Tyrone and moved to Dublin in the 1940s where he worked for the Irish Independent and Irish Press. His work continues to be celebrated at the annual Benedict Kiely Literary Weekend.

Turnpike Books was recently founded by James Doyle to publish new editions of "lost" authors or neglected works from Northern Ireland’s 20th-century literature. This new edition of Proxopera will be launched in the Irish Writers Centre on Thursday 7 May at 7pm (admission free, all welcome).