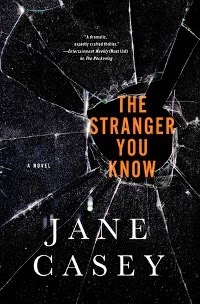 Irish author Jane Casey has won the Mary Higgins Clark award at this year's prestigious Edgar Awards for The Stranger You Know (2014).

It's the fourth in her series of police procedurals set around London and featuring DC Maeve Kerrigan.


He meets women. He gains their trust. He kills them. That's all detective Maeve Kerrigan knows about the sadistic serial killer she is hunting. Then the evidence starts to point to a shocking suspect: DCI Josh Derwent, Maeve's partner on the police force.

Another leading Irish crime writer, Stuart Neville, has The Final Silence (2014) nominated for Best Novel in this year's Edgars. Other nominees in the category include Karin Slaughter, Stephen King and Ian Rankin. The full list of Edgars winners will be announced tonight.


I never win anything. Me (leaping about when I heard): Maybe my luck has changed! Husband (voice of reason): Wait. No.
— Jane Casey (@JaneCaseyAuthor) April 29, 2015