"A mystery with plenty of twists and turns, and one that is entirely faithful to its time and place." - Declan Burke reviewing Deadly Intent in the Irish Examiner.

Anna Heussaff is a novelist writing in Irish under her own name and in English under the pen name Anna Sweeney. Her two crime novels in Irish, Bás Tobann (2004) and Buille Marfach (2010), are both set on the Beara Peninsula in southwest Ireland. 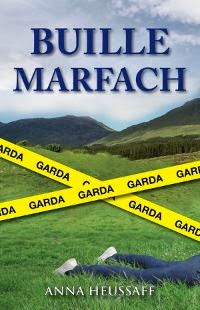 Her most recent novel, Deadly Intent (2014), is her own English translation of  Buille Marfach.


Maureen lies unconscious on a lonely track. Her husband blames a fellow holidaymaker at the country house of Nessa McDermott (Aoife Nic Dhiarmada in the original Irish-language version). Two days later, a man's body is found, strangled and dumped.

Nessa, a former journalist from Dublin, has to find her own answers before ambitious young Garda Redmond Joyce (Réamonn Seoighe in the Irish version), and conflict between them grows as they close in on the horrifying truth. 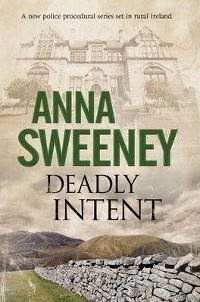 She says her next crime novel, due to be published in 2015, is set in the Kilmainham area of Dublin, where she lives with her family.

Heussaff was born and raised in Dublin in an Irish-speaking family. Her father Alan was a Breton nationalist and meteorologist who arrived in Ireland in 1950, and her mother Bríd came from the Donegal gaeltacht.

She studied at University College Dublin and worked with homeless people in England for three years, then spent 17 years as a reporter and producer in RTÉ radio and television before turning to full-time writing and translation work in 2002.


"Detective stories are life-and-death dramas and within them an insight can be given into the heart of the person, into violence, sorrow and love. You can give a picture of contemporary life: social problems, environmental issues, international politics, financial greed and much more."  - Anna Heussaff

She has also written several novels for young teenagers, and Cúpla Focal (2007), a novella and contemporary love story for adult learners of Irish.

She also runs writing workshops as part of the Writers in Schools scheme. She is a board member of Friends of the Earth Ireland.