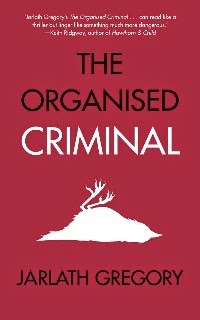 Jarlath Gregory’s crime thriller The Organised Criminal is set against the Troubles. First published on Kindle in October 2014, it is now out in paperback.


Jay O’Reilly reluctantly returns home to Northern Ireland after three years, for the funeral of his cousin. Jay's father, a big-time smuggler, makes a proposal. Jay in turn plans to double-cross him and escape with the money, but nothing goes according to plan.

"The Organised Criminal has themes which are familiar - family, betrayal, love and death - but the setting and the characterisations and the telling of the tale make this a distinctive and fresh book, one that can read like a thriller but linger like something much more dangerous. " - Keith Ridgway


Jarlath Gregory grew up in Crossmaglen, spent some time in Belfast and studied sociology and social policy at Trinity College Dublin.

His previous books are the coming-of-age novel Snapshots (2001), set in Crossmaglen in the late 1990s, and the tragi-comic G. A. A. Y: One Hundred Ways to Love a Beautiful Loser (2005), set in modern Dublin.

Gregory lives in Dublin and is currently working on the "Sean Vaughan Mysteries", a crime series featuring a "melancholy dwarf detective".