'An Bronntanas' in world distribution deal

Irish-language crime thriller An Bronntanas (The Gift) has secured a worldwide distribution deal via French company Lagardère Entertainment Rights. The five-episode thriller was first broadcast on TG4 in 2014.

A local lifeboat crew working off the coast of Connemara answers a distress call on a stormy night to discover an abandoned fishing boat. Its only cargo is a dead woman and over €1 million worth of drugs.

The crew has a moral dilemma: bring the woman on shore and hand the drugs to the authorities, or leave the body, sell the drugs and save their struggling village and fish factory. 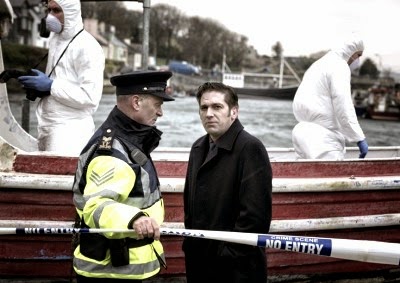 The production company behind the series, ROSG, was co-founded by Ó Cofaigh in 1998. ROSG has produced, co produced or dubbed over 500 hours of programming over the past decade , including a full-length feature film adaptation of Máirtín Ó Cadhain's Cré na Cille (2007).

The film version of An Bronntanas has been shown at festivals in Ireland, Australia, Barbados, Washington, Chicago, Boston and Rome. It received the Jury's Special Award at the Boston Irish Film Festival and three nominations in next month's Gradaim Chumarsáide an Oireachtais, including one for Best Television Series.

The film was also Ireland's nomination as best foreign-language film at the 87th Academy Awards.