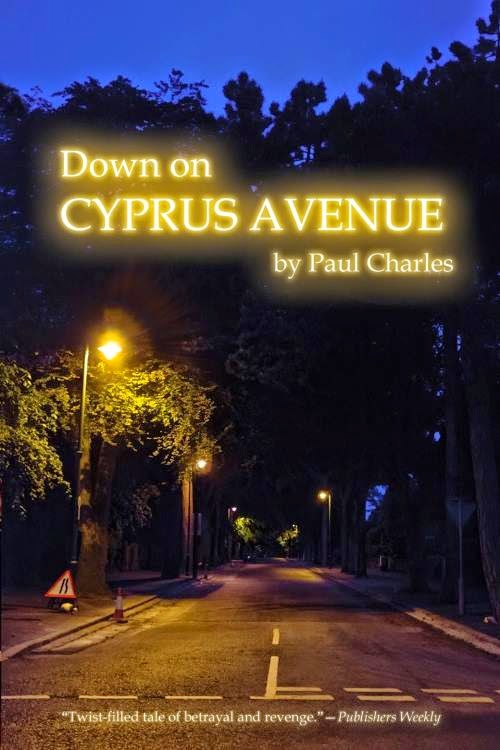 The Dust of Death (2007) was the first of a new series set in Donegal, featuring Inspector Starrett.

Down on Cyprus Avenue (2014) is what Charles hopes to be the first of the McCusker series of police procedurals set in modern day Belfast.


"Brendy McCusker had it made when he took early retirement from the Ulster police force with a handsome pay-out. That is until his wife ran off to America with their nest egg, forcing him back to work in Belfast.

"On his first major case, McCusker partners with DI Lily O’Carroll to locate the two missing sons of a wealthy businessman. But before the brothers can be found, McCusker is reassigned to the brutal murder of an American banker staying on Cyprus Avenue..."

Originally from Magherafelt in Northern Ireland, Charles moved to London when he was 17. He worked in rock journalism, then in the music business itself as a manager, lyricist, roadie, sound-engineer and agent for a wide range of leading acts including Crosby, Stills & Nash, Ray Davies, Christy Moore and Planxty, Don McLean, Elvis Costello, John Lee Hooker, Rory Gallagher,  Ry Cooder, Robert Plant, Tom Waits, Van Morrison, The Waterboys and The Undertones...