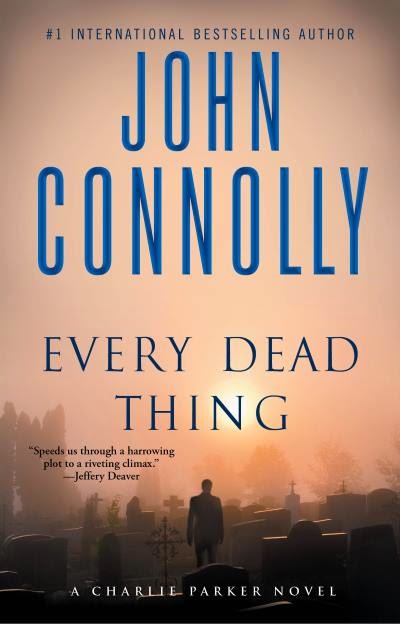 His first novel, Every Dead Thing (1999) introduced Parker, a former policeman hunting the killer of his wife and daughter.

With his debut novel Connolly became the first non-American writer to win the US Shamus award.

He says he was drawn to the American crime fiction tradition  because it seemed the best medium through which to explore issues of compassion, morality, reparation and salvation. Among his influences he cites Ross Macdonald, James Lee Burke and Ed McBain.

Besides the Charlie Parker series he has published several standalone books, beginning with Bad Men (2003) and Nocturnes (2004), a collection of novellas and short stories. The Gates (2009) was his first novel for young adults, the first in the Samuel Johnson trilogy.

Books to Die For, a non-fiction anthology co-edited with Declan Burke, won the 2013 Agatha, Anthony and Macavity Awards for Best Critical/Biographical Book of the year.

Connolly studied English in Trinity College Dublin and journalism at Dublin City University. He worked as a freelance journalist, barman, local government official, waiter and dogsbody at Harrods in London before becoming a best-selling writer.

He is based in Dublin but divides his time between his native city and the United States.