"All my criminal elements have some basis in reality, no matter how awful they may be. Nothing is completely farfetched." - Jane Casey 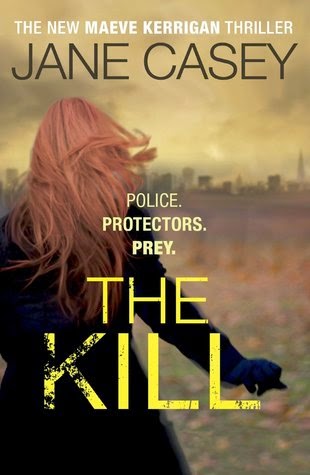 Dublin-born writer Jane Casey is the author of the Maeve Kerrigan series. Kerrigan is introduced in The Burning (2010) as a detective constable keen to make her mark on the murder task force in London.

Kerrigan's male colleagues believe her empathy makes her weak, but the more she learns about the latest victim from her grieving friends and family, the more determined Kerrigan becomes to bring her murderer to justice.

"The media call him The Burning Man, a brutal murderer who has beaten four young women to death, before setting their bodies ablaze in secluded areas of London's parks. And now the fifth victim has been found..."

The series has already reached its fifth novel. Casey has been twice shortlisted for the Irish Crime Novel of the Year Award, as well as the Mary Higgins Clark Award, and has been longlisted for the CWA Dagger in the Library Award.

Following an auction, in April 2015 Casey signed a six-figure deal with HarperCollins for three books previously published by Ebury.

She read English at Oxford and worked in publishing for nine years, specialising in children’s books. She is based in London and lives with a criminal barrister.

She also has a YA murder mystery series featuring Jess Tennant, beginning with How To Fall (2013) and Bet Your Life (2015)