“Espionage action of the Deighton or le Carré variety.” —The New York Times


Irish writer Joseph Hone specialises in spy novels. At the height of his popularity in the 1970s he was favourably compared with  Len Deighton, Eric Ambler and John le Carré. 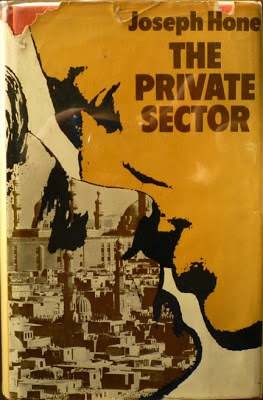 His most famous novels, a quartet featuring the Peter Marlow character, begin with The Private Sector (1971). It is set in the Six Day War as Marlow, a teacher in Cairo, finds himself becoming a spy for the British.

In The Sixth Directorate (1975), Marlow is released from Durham jail, a frame-up by his own Department. The subsequent novels in the series are The Flowers of the Forest (1980) and The Valley of the Fox (1982).

"In the summer of 1939, as a two-year-old in London, I was given away by my parents to a Chelsea friend and taken on the Irish Mail to Dublin."


Hone grew up at Maidenhall in County Kilkenny, raised by the historian and essayist Hubert Butler and his wife Peggy. Hone became a boarder at Sandford Park in Dublin and then at St Columba's, and as a teenager was an assistant for John Ford during the making of The Quiet Man.

Hone worked in a London bookshop, taught at a school in Drogheda and  in the Egyptian Ministry of Education, and had a short spell with the UN Secretariat in New York in 1968. He also worked for a publishing firm, and in radio, TV and the theatre. He was radio and television critic for The Listener magazine during the 1970s.

Since 2000 he has taught creative writing at Wroxton College in Oxfordshire.